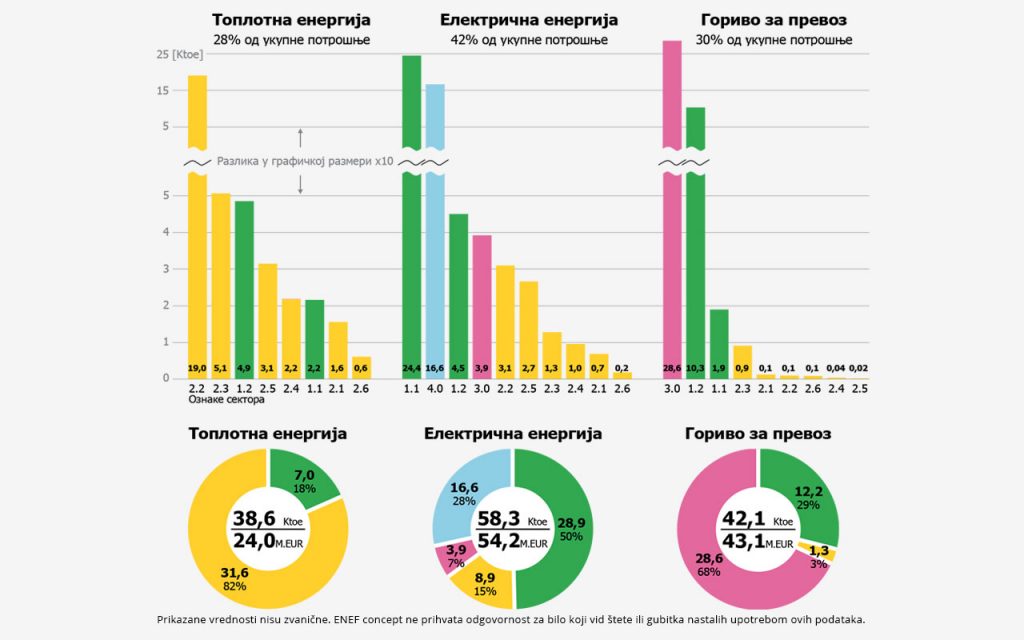 ENEF concept is selected to be part of expert consortium assigned to develop official Energy Efficiency Action Plan for City of Belgrade, Serbia for period 2021-2023. City of Belgrade, as the capital of the Republic of Serbia with a population of over 1.6 million and as a dominant economy and industry centre in the Balkan region significantly contributes to factors causing climate change, while on the other hand is also significantly affected by the consequences of climate change. Due to high level of urbanization, increasing percentage of built areas, dense traffic and high amounts of greenhouse gas emissions, effects of climate change are becoming more apparent for all citizens and are affecting the quality of life in the city.

Energy Efficiency Action Plan for City of Belgrade is a strategic document, primarily aimed at defining optimal measures for reaching national energy saving goals as well as financial models for realisation of these measures. Scope of the Action Plan includes public buildings, buildings used by public sector, public utility companies as well as all institutions founded by the City and other institutions whose operation and energy consumption are partially or fully financed by the City